Why We Don’t Trust Media

Frank Waddell’s research offers insight into America’s skepticism—and the reasons may not be what you think.

How important is the comments section under a news story? It allows for discourse and feedback. It increases page views. And, according to new research, it can help determine whether the reader trusts the piece or not.

Frank Waddell Ph.D., an assistant professor in the University of Florida’s College of Journalism and Communications, conducted experiments showing that negative comments alone can erode trust in a reporter and a story.

“What is really unfortunate is that you do not see an effect going the other direction,” Waddell said. “So journalists never benefit from people saying, ‘what a great news article.’ That does not increase trust. It just keeps it at baseline. It is almost exclusively bad news for journalists.”

At a time when studies show trust in media is extremely low, Waddell aims to provide insight into some of the reasons why. Working under the banner of the Consortium on Trust in Media and Technology, Waddell has studied the impact of automated news, bias against female reporters and other factors that impact trust.

| Click here to read a Q&A with Frank Waddell. |

“In situations where we cannot think critically about what we are reading,” Waddell said, “we rely on things that really should not bear any importance on thinking about credibility or trust—but they ultimately do.”

Why Comments Have Influence

Why would comments have an impact on trust? Waddell explains that it comes down to heuristics, the small processes and behaviors that people use to discover information and make the thousands of decisions and judgments required in the course of a normal day.

When consumers read a news piece and then read comments, a phenomenon known as the Bandwagon Heuristic can take hold.

Waddell’s research shows that negative comments have a far stronger impact than anything else written in the section—and that too has an explanation.

“Unfortunately, something that operates across human experience is called negativity bias,” he said. “Negativity bias, as the name implies, is just our tendency to be more likely to remember negative information.”

Together, the tendency to place value on the opinion of others and to focus on and retain negative information means the comment section can have an outsized impact on reader trust. Moreover, the tools that reporters and news organizations have to counter the effect are limited.

The Impact of Automated News

Interestingly, authorship can also send readers signals that impact trust. Waddell tested whether there was a difference in trust between machine-generated news stories and those written by reporters. It turns out there is a difference—and it may not be what you think. 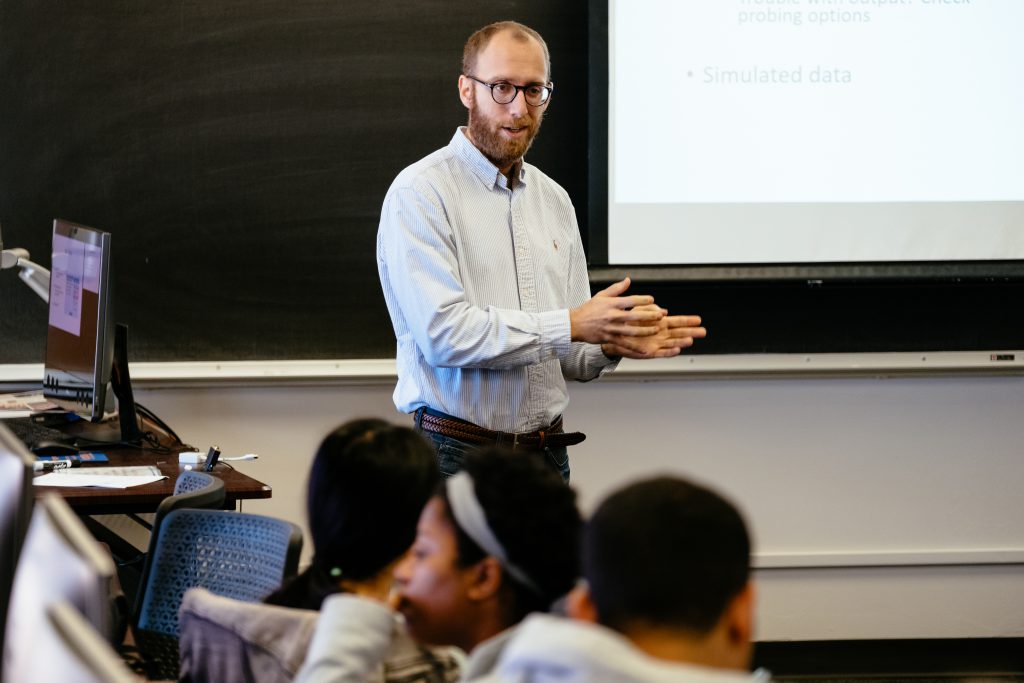 Basic news content such as sports scores, financial reports and weather stories is increasingly being created by machines, which vary in sophistication. Some use templates and computers simply fill in blanks. Some are sophisticated artificial intelligence machines that can “learn” and improve as they generate content.

“Some researchers before me predicted that there will be heuristics saying that if a machine or an algorithm created this, then it must be more trustworthy or less biased than if a human created it,” Waddell said. “It is almost like people thought that we would trust machines more.”

In fact, Waddell’s studies showed the opposite is true. “People actually dislike news articles when they think they are written by algorithms rather than humans,” he said. “There seems to be a backlash against machine-written news, and what my research seems to suggest was it is like a violation of our expectations. We expect robots to be in factories or to vacuum our carpets. We do not expect them to be writing the news.”

There was an exception, and that too may be a surprise: Readers trusted reports most when a human journalist was using a machine to help gather the news.

“Audiences trusted news the most when it was that type of collaboration,” Waddell said. “So, they are accepting of algorithms when a journalist is still involved.”

The Effect of Gender Bias

Waddell also looked at hostility toward female reporters, including both feelings and behaviors.

“Something that really caught my eye not too long ago was the increasing hostility and harassment of journalists, especially journalists who are female,” he said. “There are a lot of interesting statistics. Something like 50 percent of working female journalists have been harassed by readers in the past six months and it is on the rise. So, that alone just sort of rang alarm bells for me.”

Waddell began by exploring where ideas about female journalists originate, testing the hypothesis that Hollywood movies and TV shows may be a contributing factor.

Using clips from shows like “House of Cards” and “Thank You for Smoking,” his research showed that many participants felt that these were realistic representations of female reporters.

“The reason why it is really bad news is that it kind of creates a vicious cycle,” Waddell said. “It sounds alarm bells for Hollywood. One thing that is not great about our media environment is it is actively telling lies about the nature of journalism, and that further perpetuates the myth for the stereotype.”

Waddell did additional studies to see if sexism toward female reporters is a unique phenomenon, distinct from media distrust and sexism in general. Perhaps surprisingly, he found that was.

“It is a unique phenomenon,” he said, “and it has consequences.”