The crisis of trust in media and technology is driving us apart, contributing to a culture of contention and disinformation that puts our democracy at risk. Much of the focus has centered on journalism – “fake news,” concerns about bias, a focus on conflict.

But the trust crisis isn’t only a news problem. It permeates almost every institution. Our daily lives are increasingly governed by the tyranny of the algorithm, often appealing to our most visceral emotions. The economic incentives for speaking to those impulses are powerful: Disharmony is profitable.

The Consortium is built to look across all communication fields, with an emphasis on better understanding how technology influences the way we interact with information. We foster a diverse community of scholars and thought leaders to study ways to build trust and apply what we learn, drawing scholars from across disciplines at the University of Florida to bring their best thinking to the task. Our Trust Scholars have come from the fields of journalism, psychology, agriculture, architecture, political science, engineering, education and philosophy.

Our mission: Develop insights backed by research. Identify opportunities for practical application. Get that work into the field so that it can make a difference. 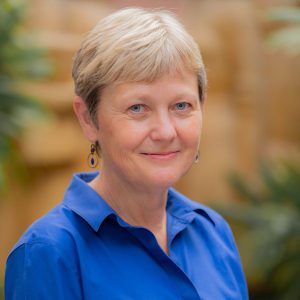 Janet Coats is the Managing Director of the Consortium on Trust in Media and Technology. Her job is to serve as a convener, looking for opportunities for researchers, practitioners and educators to work together. She manages internal and

Prior to joining the Consortium, Coats was the Executive Director of Innovation and Strategy at the Walter Cronkite School of Journalism and Mass Communication at Arizona State University. She’s been a pioneer in trust and engagement efforts in newsrooms across the country, both as a newsroom leader and as a consultant. For 10 years, she was chief executive officer of Coats2Coats, a consulting company focused on journalism innovation and

engagement. Her clients included public radio stations across the nation and journalism collaboration funded by the Corporation for Public Broadcasting.

Coats worked in daily journalism for more than 25 years. She served as Executive Editor of the Sarasota Herald-Tribune and the Tampa Tribune. Her bachelor’s degree in journalism is from the University of Missouri. 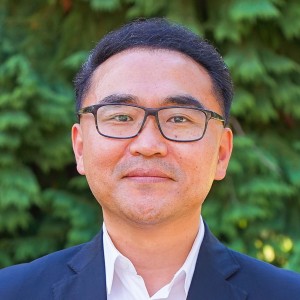 Dr. Seungahn Nah is the Research Director of the Consortium on Trust in Media and Technology and the inaugural Dianne Snedaker Chair in Media Trust as well as a CJC professor. Nah’s scholarship centers on the interrelationships among communication, community and democracy with special emphasis on the roles of digital communication technologies, including AI-enabled technologies, and media credibility in community and democratic processes and outcomes. In particular, his research sheds light on community storytelling networks through social and mobile media and AI-communication, news trust and civic engagement across diverse ethnic and racial groups as well as communities at the local, national and global levels. 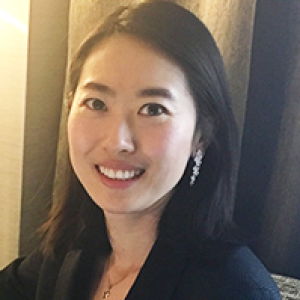 Dr. Yang Feng is an is an Associate Professor in Artificial Intelligence in the CJC’s Department of Advertising. Feng’s research focuses on the role of AI as an information delivery agent as well as a powerful research tool. In particular, she examines the impact of algorithm-shaped norms on consumer responses to social media advertising using machine learning approaches in addition to surveys and experiments. She also investigates the use of emerging technologies, including augmented reality, virtual reality and 360-degree videos, to generate interactive advertising messages.

Prior to joining UF, Feng was an Associate Professor in Advertising at San Diego State University. She earned her Ph.D. in Mass Communication from Southern Illinois University at Carbondale and her Master’s in Communication Studies from Nanyang Technology University in Singapore.

Kendall Moe is an Executive Administrator and Researcher for the Consortium on Trust in Media and Technology. She graduated from the University of Florida with a Bachelor’s in Linguistics in 2020. She is pursuing her Master’s in Special Education on the Dyslexia track at UF. Her work at the Consortium includes research centered around the use of language and its impact on perceived trustworthiness. She also has a keen interest in media literacy, and what that constitutes in an ever-changing digital landscape. A lifelong Floridian, she was born and raised in West Palm Beach.

Caleb Wiegandt is the Communications Coordinator for the Consortium on Trust in Media and Technology and a University of Florida undergraduate junior studying journalism and artificial intelligence. His passion lies in working toward algorithmic transparency and fighting misinformation on social media. Prior to joining the Consortium, he has worked as a staff writer for WUFT News, The Independent Florida Alligator and WRUF. Wiegandt is a native of Louisville, Kentucky.

Connect with the Consortium on Trust in Media and Technology

Keep up with the latest news, events and research. Follow us on social media.