Why do people attack scientists who share their research online? Jamie Loizzo’s latest research project will offer some insight.

Jamie Loizzo, Ph.D. is an assistant professor in the Department of Agricultural Education and Communication at the University of Florida, where she also serves as the e-Learning Coordinator. The interview has been edited for length and style.

Tell us about yourself and how you came to work in agriculture and communication.

I started in journalism. I studied at Southern Illinois University-Carbondale, and I have a bachelor’s degree in Radio and Television. I specialized in news and political science. I worked for a few years in television stations in Illinois, Kentucky, and Florida, for ABC and NBC. I helped produce local newscasts, shot video and reported. I then worked at Purdue University, in the Agricultural Communication Department as a video producer for 10 years.

While I worked at the university, I thought I might as well take some classes. I ended up completing a master’s degree and a Ph.D. in Learning Design and Technology. I had three children along the way. It took me about 10 years to finish my degree because I did it part-time, and I was still working full-time. When I finally graduated, I ended up working at the University of Nebraska for three years as an Assistant Professor in Agricultural Communication. I then moved back to Florida, and I have been with the University of Florida, where I am starting my third year as an Assistant Professor in Agricultural Communication. The things I teach include writing, videography, podcasting and creating online science communication projects with undergraduate and graduate students.

I have a 70 percent teaching and 30 percent research appointment. A couple of projects that I am proud of are Streaming Science, where my students create real-world science communication projects for real-world audiences. Another program I have co-founded is called Moococracy, which builds upon Massive Open Online Courses (MOOCs). We have created some new technologies to try and prompt adult learners to explore their attitudes and their behaviors. Our pilot MOOCocracy focused food security, and we’re trying to secure funding to start others about critical issues such as climate change and racial and social justice.

Tell us about your project with the Consortium on Trust in Media and Technology.

For the trust scholars program, I am specifically looking at how people trust or do not trust scientists online. Public trust in science is very complicated these days. If a scientist is going to go out of their way to do public engagement and outreach, are they going to receive backlash and be attacked? If a scientist is going to communicate with the public, the conversations have to go both ways. The public needs to trust them, and they need to be able to trust the public and feel safe enough to share their science.

I have conducted some past research to look at how scientists use Twitter to establish transparency and trust in their research, including why scientists use Twitter and how they feel when they use it. My project is looking at the flip side – the followers of scientists. Some of our scientists have thousands of followers, and some of those followers are trolls and bots. As soon as the scientist posts something, the bots and the trolls attack them right away.

We are utilizing some open software called Botometer, and we are tweaking it and reprogramming a little bit to go through followers of scientist accounts to determine the behaviors of the bots and the trolls across these different scientist accounts.

Botometer is open source. It was created at Indiana University, and you can download it and turn it into an app on a phone. But we are not using it as an app. We are actually downloading it and programming it to scan through all of their Twitter followers to indicate which accounts are bot-like and troll-like versus which ones are actually people and then, export the data to large spreadsheets. We will comb through all that data and determine different characteristics and profiles of people who target scientists. We’ll see what that tells us about what types of things people trust on Twitter and what they do not trust.

So, the end goal is to get a profile of who is attacking scientists on Twitter and why?

Tell us a bit about how that relates to trust.

The first scientist we’re starting to work with is Dr. Kevin Folta, and he is a scientist at the University of Florida. People have systematically called the university for his resignation. They attack him on Twitter. He has had a lot of things happen to him over the years. People have screen shotted his social security number and posted it. People have even included his family in their posts about him. They have really gone after him. Yet, he continues to conduct his research and professional duties as a scientist at a university. He has made it his mission to share his science with the public, and clarify the science around hot-button issues such as genetic engineering in agriculture (GMOs).

While many have benefitted from his efforts, others do not believe him, and levy accusations that he is paid to spread false information by multinational seed industry corporations. This is where I really feel trust comes into play, because the public wants to trust him and his scientific research. They want to say, “Yes, your science is helping me make the best choices for my family, to make good nutrition choices, and to keep us healthy.” But he also needs to be able to trust when he presents, when he tweets, when he shares his science beyond the laboratory. He could easily stay in his laboratory and just publish it in a journal and be done with it, but he does not. He goes beyond to actually engage public audiences. But when he does, the anti-GMO activist groups target and attack. The damage is permanent in the age of the internet, and unfortunately erodes the trust he works hard to earn.

As Folta puts it, “I’m essentially Google Dead. I have to work extra hard to have credibility online and in the classroom because people that reject science have done a great job tarnishing my reputation as a highly independent academic scientist.”

I think the trust piece of this is, how do we trust scientific conversation and engagement? How do we establish a safe and trusting space where everyone feels like their opinions and their values are trusted? We need to trust the science of the issue and not just react with emotionally charged viewpoints and expect the scientists to be able to address all of that, when they are really just trying to show their science. 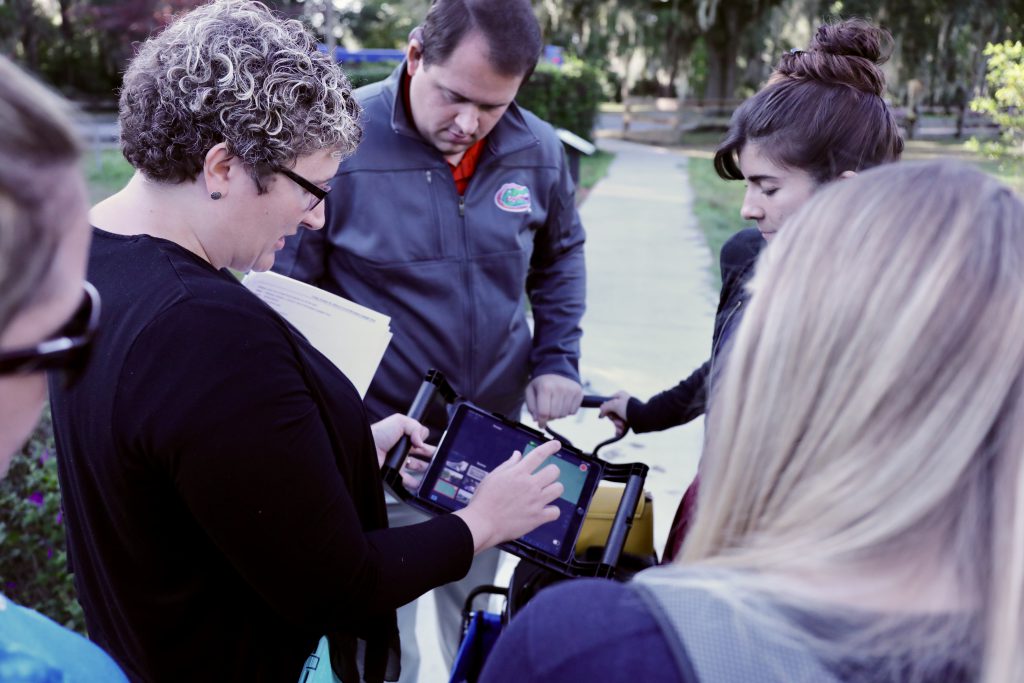 Where are you in the process of completing your research?

We are working out the programming…and then we also hope to interview Folta about his Twitter experience. We hope to do a content analysis of his tweets over a period of time and then triangulate all of that data to establish our results and foster a discussion. We would like to start talking to the public more about how they behave when they see a scientist trying to communicate with them.

After we work through this first round of data collection and analysis, we hope to expand it. We have identified six other scientists on Twitter similar to Folta, and we hope to then run the software through their followers and compare notes across the scientists and their experiences. Pick your issue.  Biotechno­­logy. Vaccination. Climate change. Water quality. We have scientists working in all of these areas that, as research shows, are able to have more than 1,000 followers on Twitter. They are more likely to get a variety of responses.”

If you have fewer than 1,000 followers on Twitter in the science community, you are sort of talking to yourself and your fellow scientists. If you do the work to attract more than 1,000 followers, then you are singing from the rooftops, and you might actually have the ability to influence companies, policy and lawmakers. We are really trying to find these scientists who have really made it their mission to communicate with the public using tools like Twitter and they have established the larger following. We want to look at what trust is like for them, doing this work communicating with the public. Using this software is just one way of examining some of the interaction and engagement experience that maybe is not always favorable.

A lot of people know about Neil deGrasse Tyson, or they know about Bill Nye the Science Guy. But what about the scientists who are currently working for companies and universities, the people who are not Bill Nye the Science Guy, but are still nationally known for the work they are doing? It is still important for us to investigate communication and trust at that level because there are a lot of people who follow false accounts or who create fake accounts to troll scientists and politicians, alike —they can influence our virtual and physical safety.